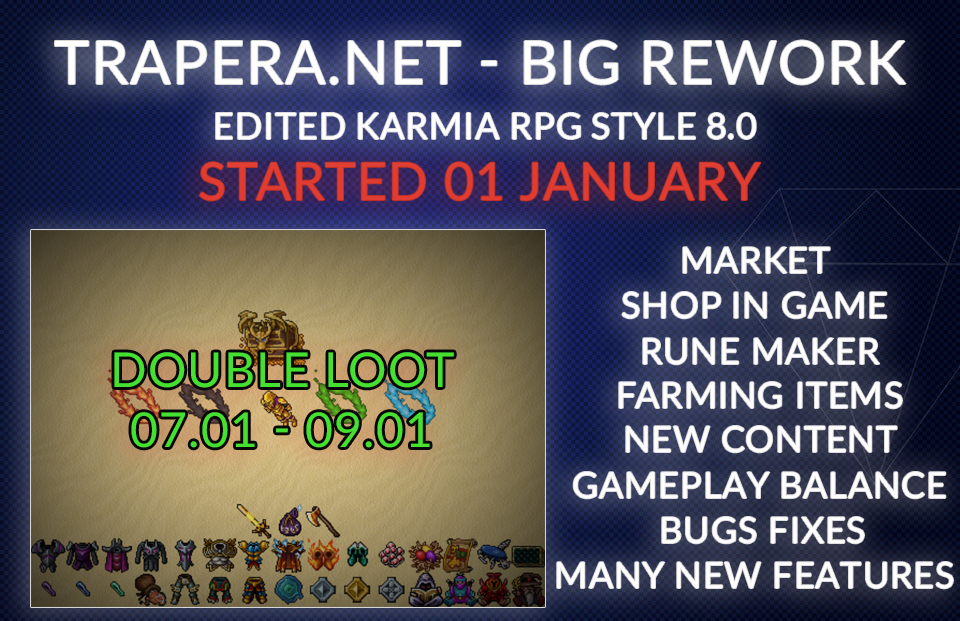 You can check all lives changes on our Discord in the #Changelog channel.

We've stopped Trapera development for few months and we tried a new functioning with monthly wipes which doesn't worked well.
For this edition, we decided to put all our energy in fixing bugs, balancing the gameplay, adding content, systems, reworking the map, reworking almost everything..
We are working on this edition for almost 2 months and we already did a load.
Our goal is to propose you the best Trapera version that you ever expected.
In February 2023, Trapera will celebrate its 3 years, so it has to be a special one.
Because we did a load of changes, I invite you to read completly the news below to not miss any important information.

Trapera starts on 01 January at 14:00 CET!
All registered accounts & characters before the start will receive 48h of PACC!

BOT:
Cave bot and PVP bots are illegal!
You can use Macros, bots or our Rune Maker for making runes, train mlvl or conjure ammunition.
First ban: 3 days
Second ban: for ever!

If you already won a lottery you can participate again to the next one!

We offer 7 PACC days for guilds that have 10+ members.
To receive your PACC days, create your guild after the server start and add all your members to it.
When it's done, contact VodkaGuN on Discord with the Guild Name. 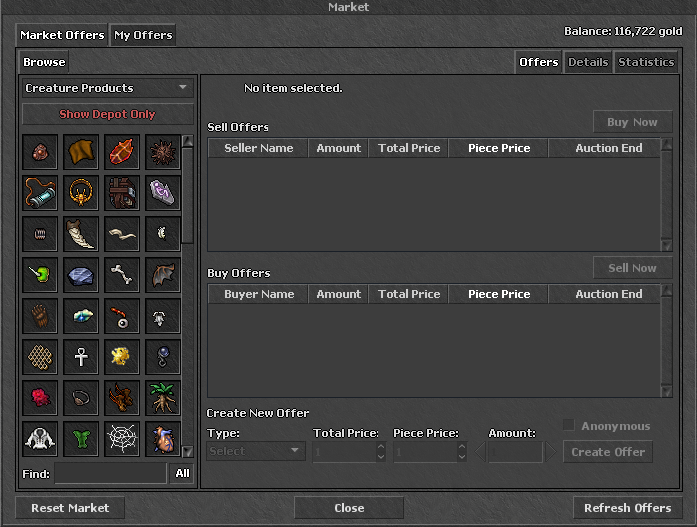 For better player's experience we decided to add the Shop In Game directly. 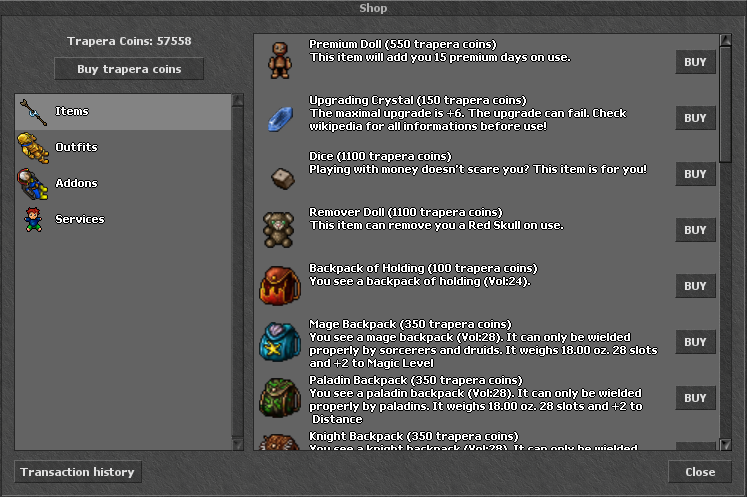 You can use our Rune Maker to makes runes, train magic level and conjure ammunition. 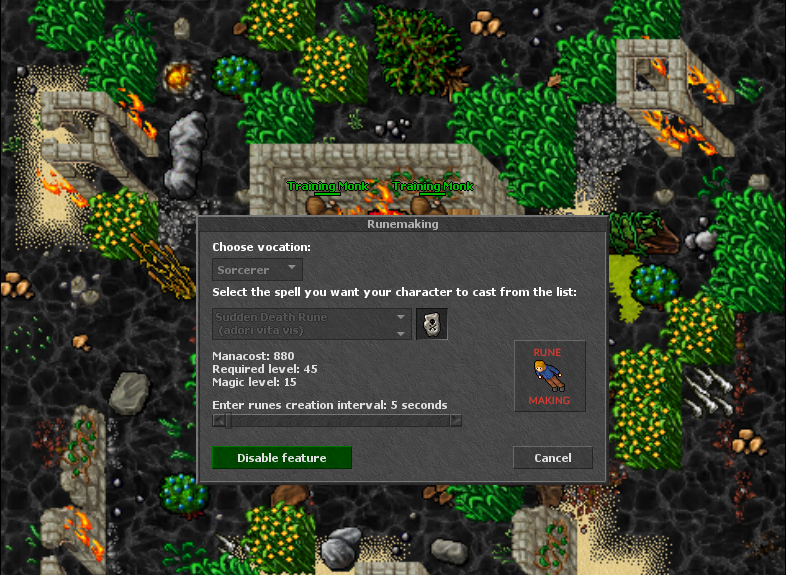 The principle is simple, you have to kill monsters and collect from them basical and specified items and exchange to best sets in game. 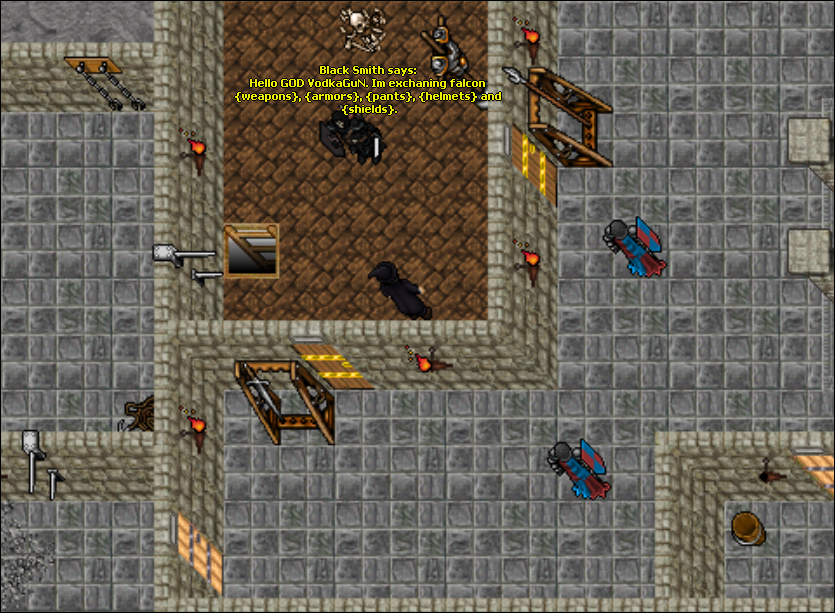 You can sell your character on our online Characters Market. 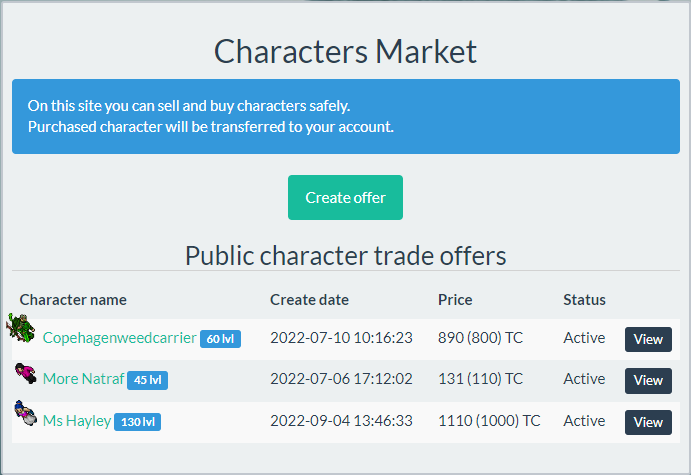 You can buy exercise weapons from our in game shop for 300 Trapera Coins or in game via NPC Willard for 300,000gp. 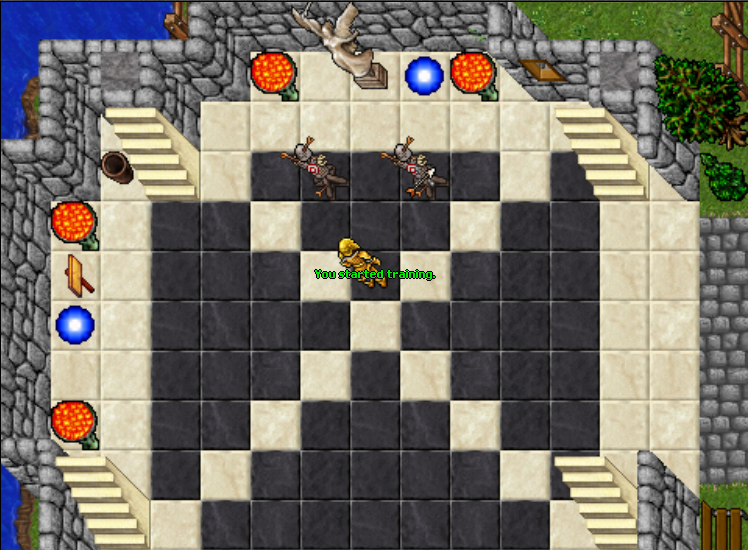 You can obtain Upgrading Crystals from NPC Frello (200cc) our Items Shop or from Daily Tasks, Daily Bosses, Solo Daily Bosses or quests. 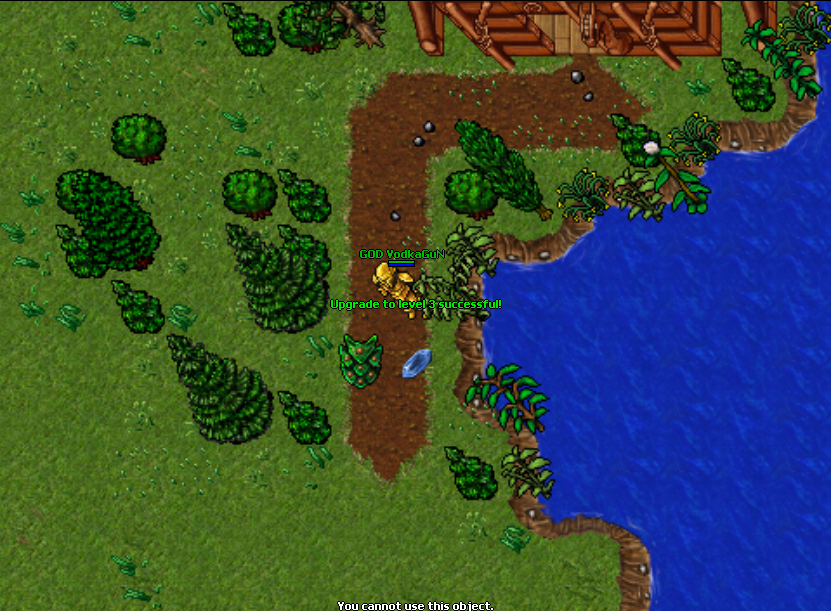 Trapera coins for first level advances. It's only for first 10 players for each level. 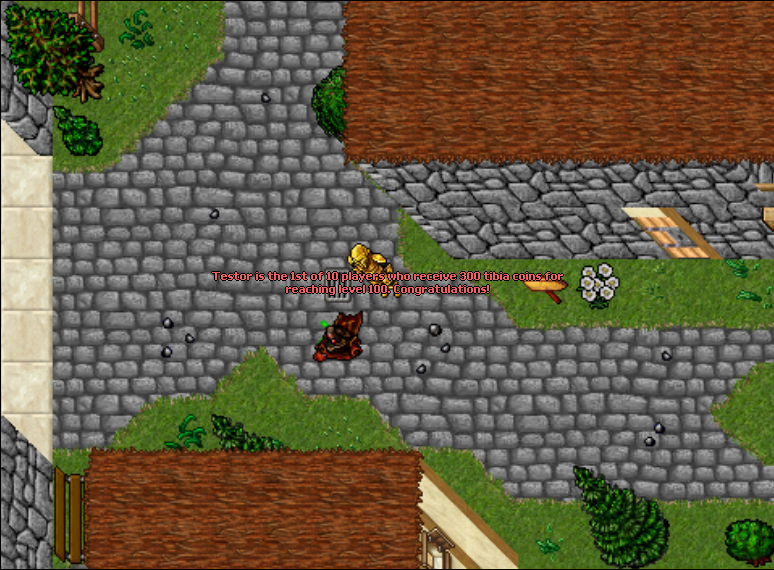 The principle is simple, a team of 3-6 players can do the dungeon, it can be repeteable with no limits. 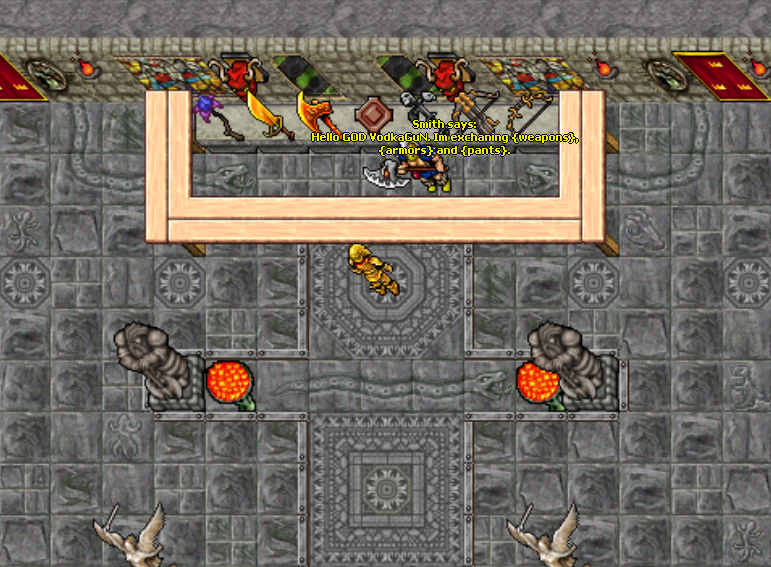 Our Training Monks system has got unique rooms for each player. Attacking a training monk regenerate 1 soul and 1 min of stamina every 5 minutes. 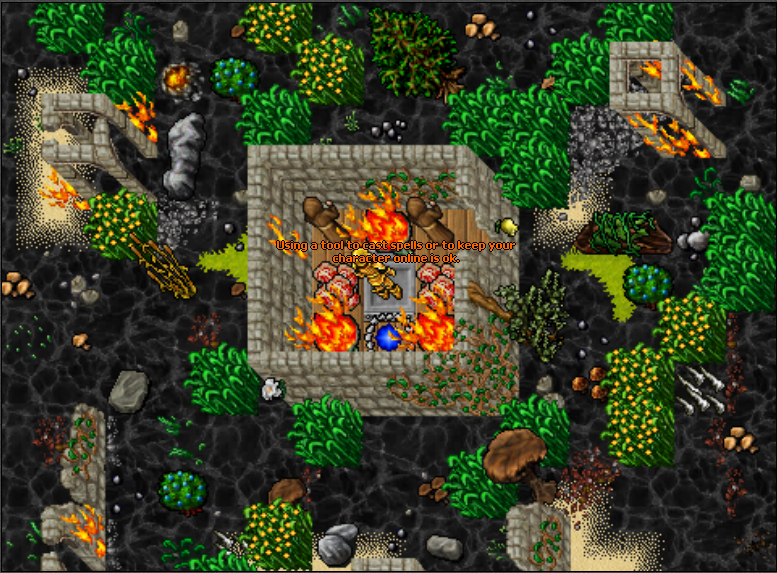 Each day you can make 1 task that will unlock you the possibility to get your daily reward. 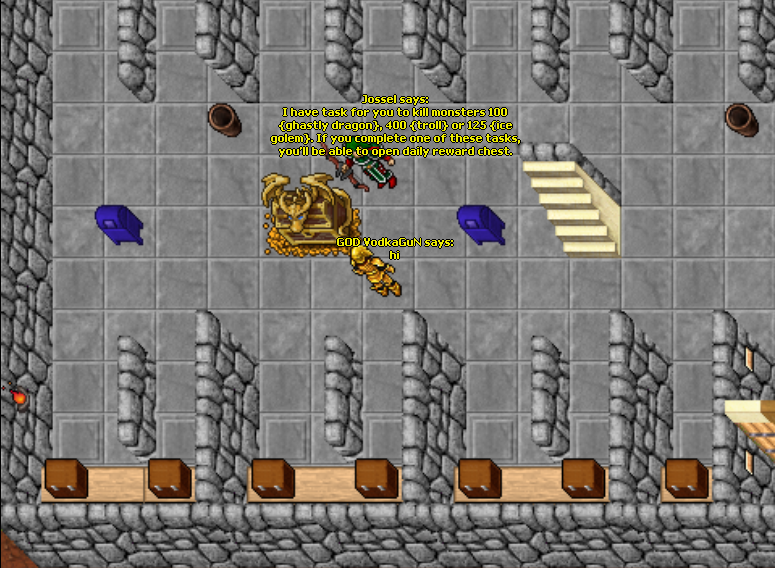 Daily bosses system has been added to have fun day-to-day. 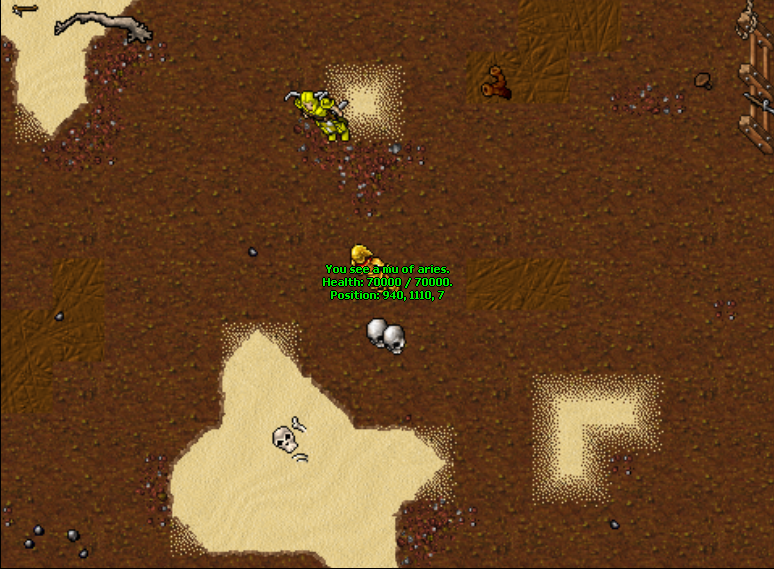 All players that attacked bosses with this system will receive a reward bag which will contain a loot based on their chance. 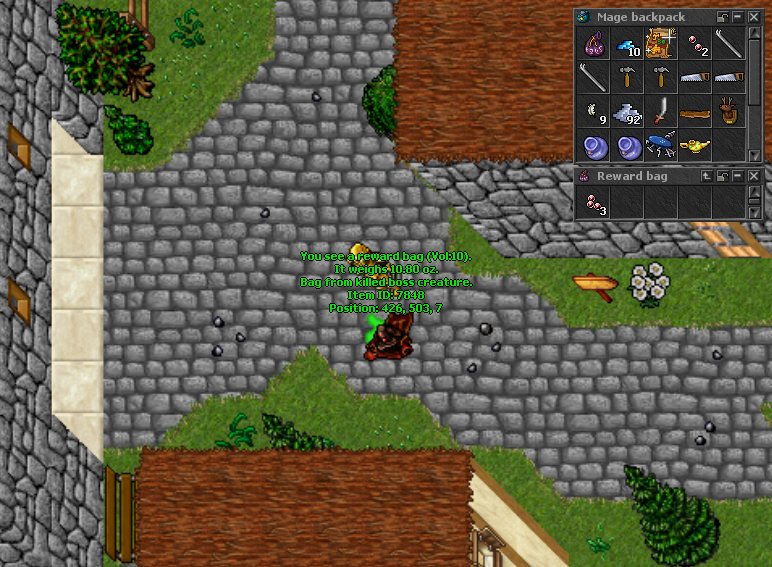 You can fight everyday Solo Bosses in arenas around the map. 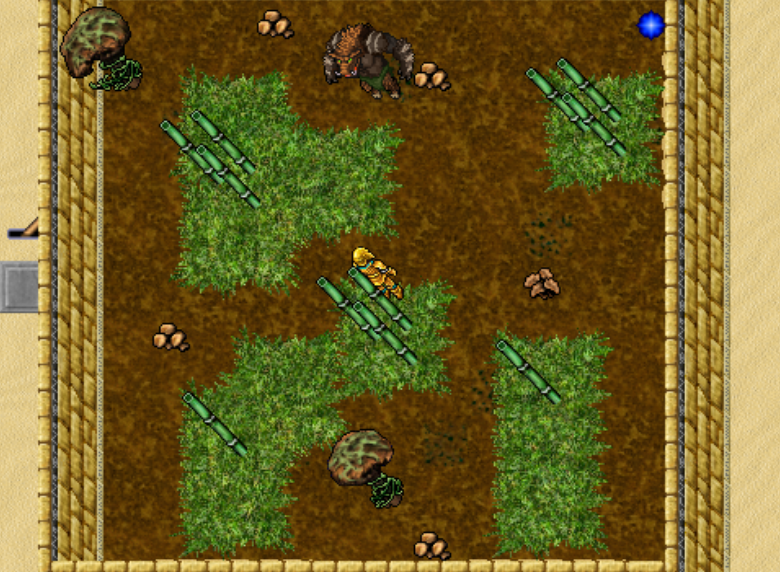 Every day at 21:00 CET the Top Powergamer can access to a boss called Yeti. 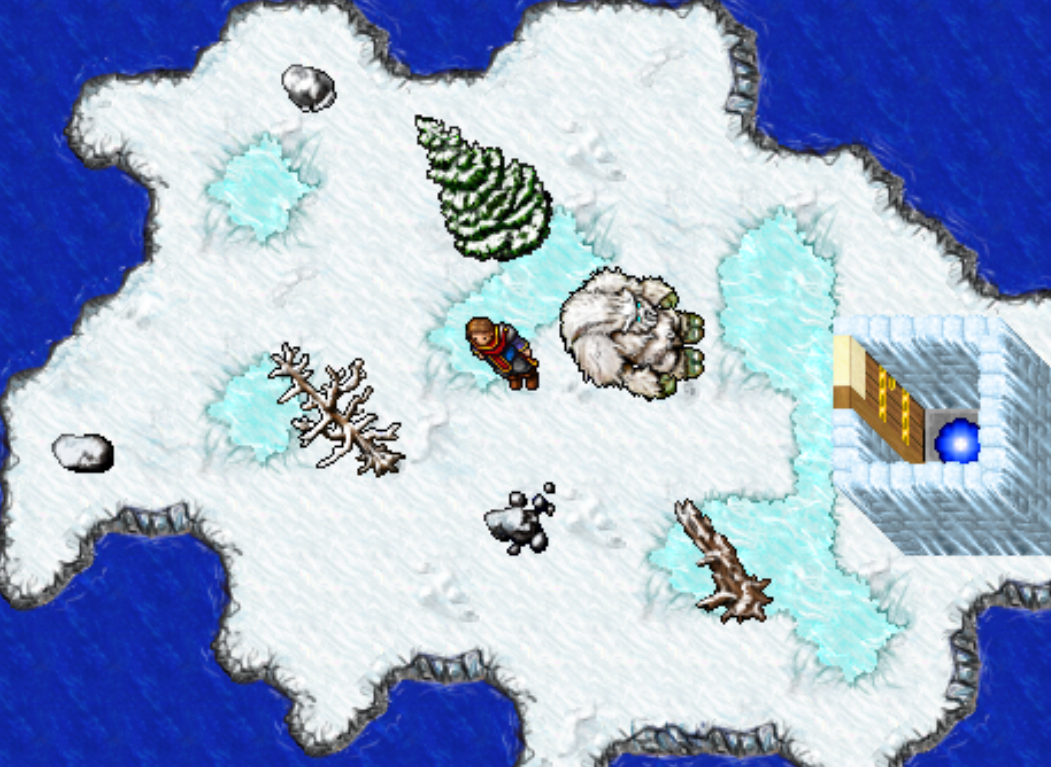 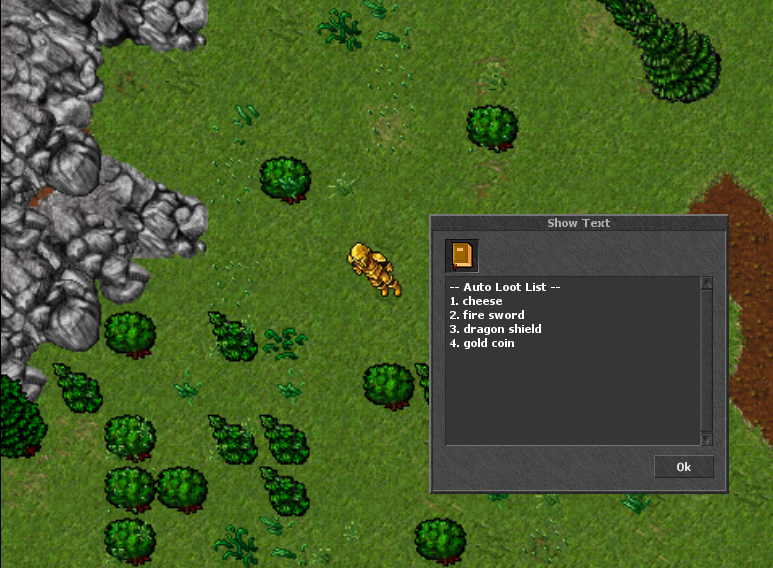 100+ tasks to animate your adventure on Trapera and reward you with some goodies for all monsters that you beat. 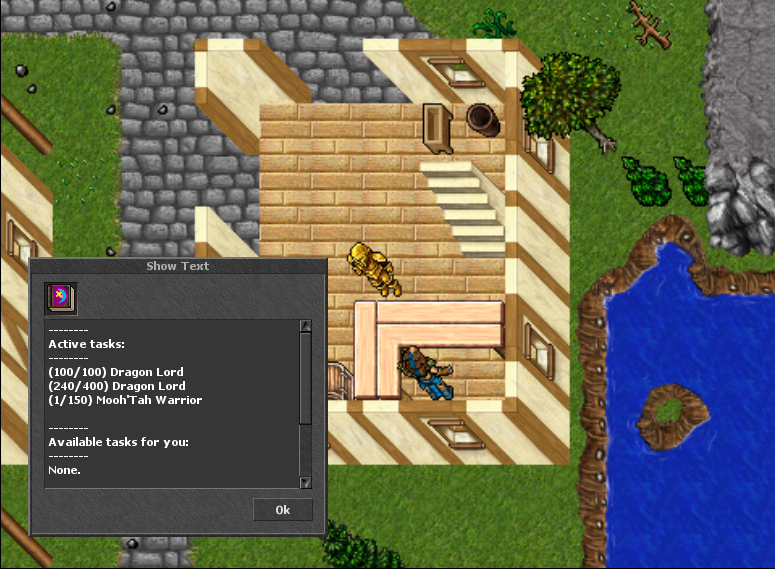 We decided to create a system that will show you which corpse has a rare item. 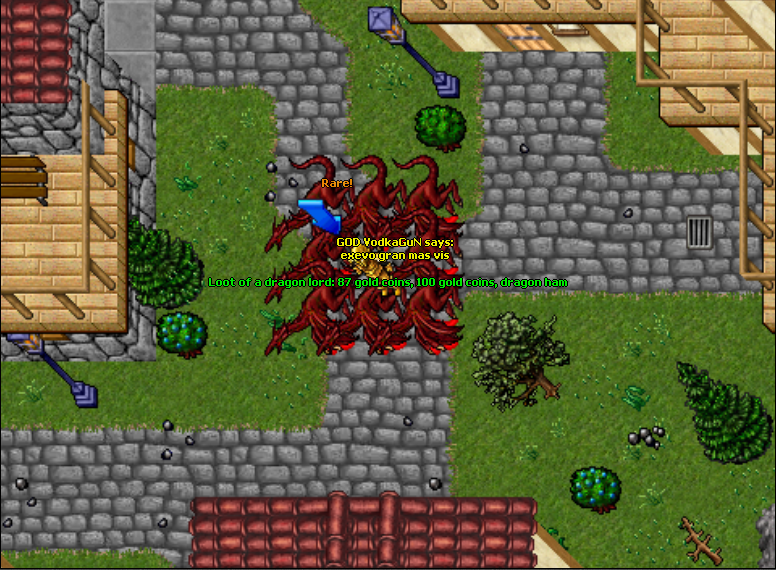 You can use our interactive map to search all monster spots or NPCs you need. It is in BETA phase so few spots may be not added yet.
img 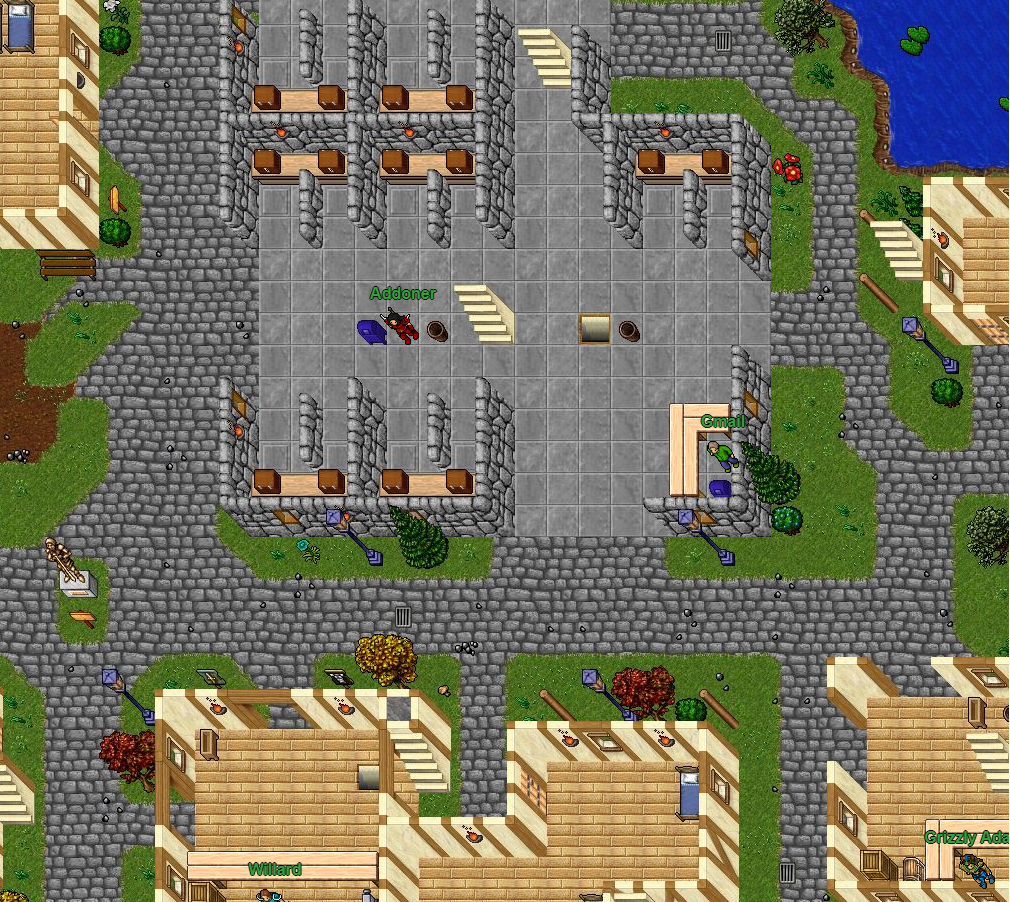 You will meet 80+ higher tibia and custom monsters on Trapera. They have some special items and abilities There are 50+ quests and RPG missions all around the map with a lore that is updated with new content on our custom isle called Agardia. 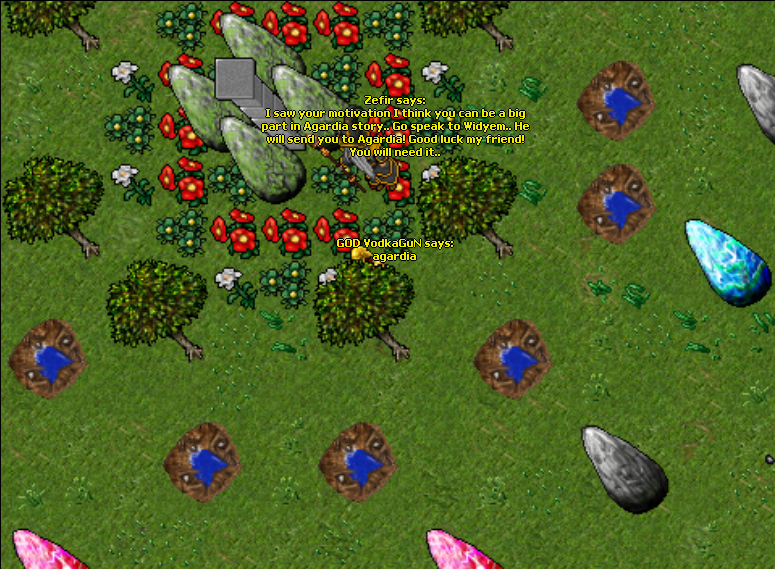 In past, we had some issues with the community management because I (Vodka) was the only one to manage it.
Our team was composed of 1 Maper, Me and a Sys Admin, they were not engaged in the community.
I had too many things to do alone and It was impossible to handle it, keeping mental healthy.
That's why, we have recruit 4 new staff members. They are experienced Trapera players.
We have now, 3 Tutors and 1 Community Manager that made his proofs as a tutor for months.
Tutors have mute command and will be there as a first contact between staff & you. You can ask them all your questions about the gameplay etc..
For more important things, you will be able to contact the Community Manager which will filter requests and transfer me the impossible ones to resolve by him.
The Community Manager will have only few commands to avoid any dramas. He will not be able to create items, he will have 0 cap etc..
Thanks to this staff reorganization, we will have more time for Trapera development.

You can follow our changelog on Discord to know what we have in plans to do & change.
Trapera Discord - Changelog

Some best screenshots from our latest editions. 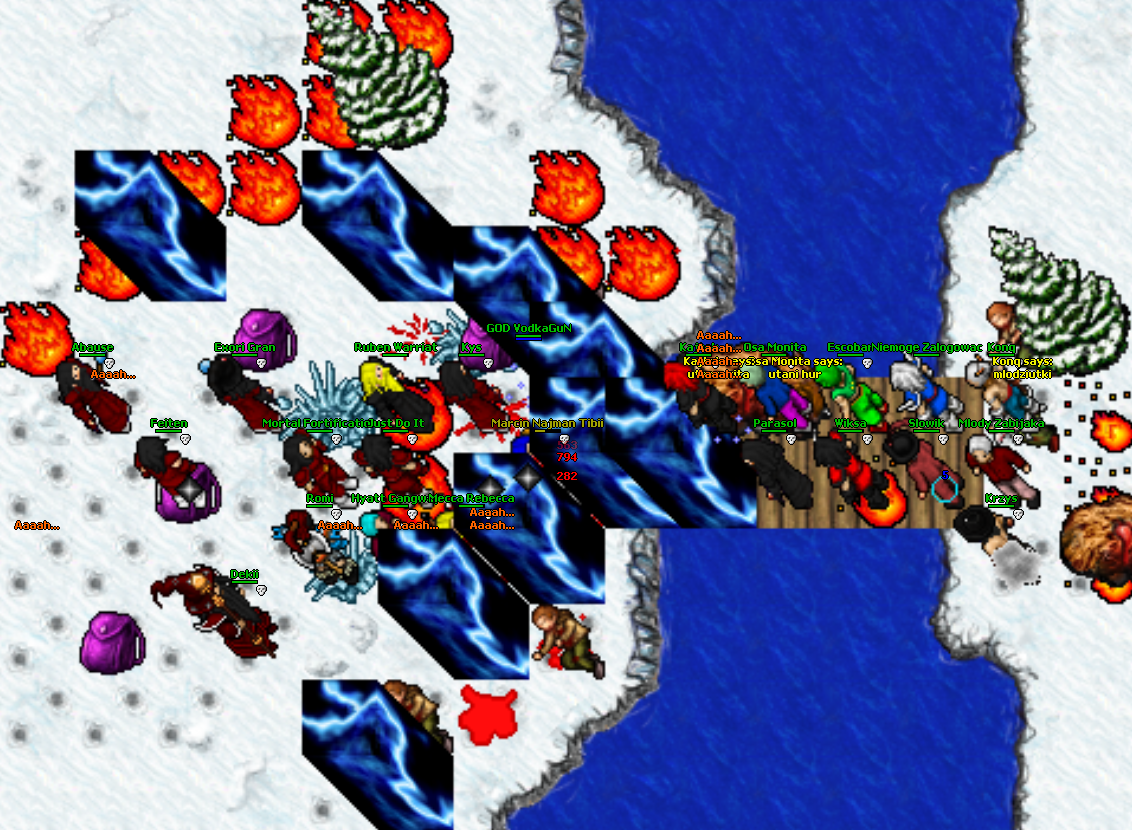 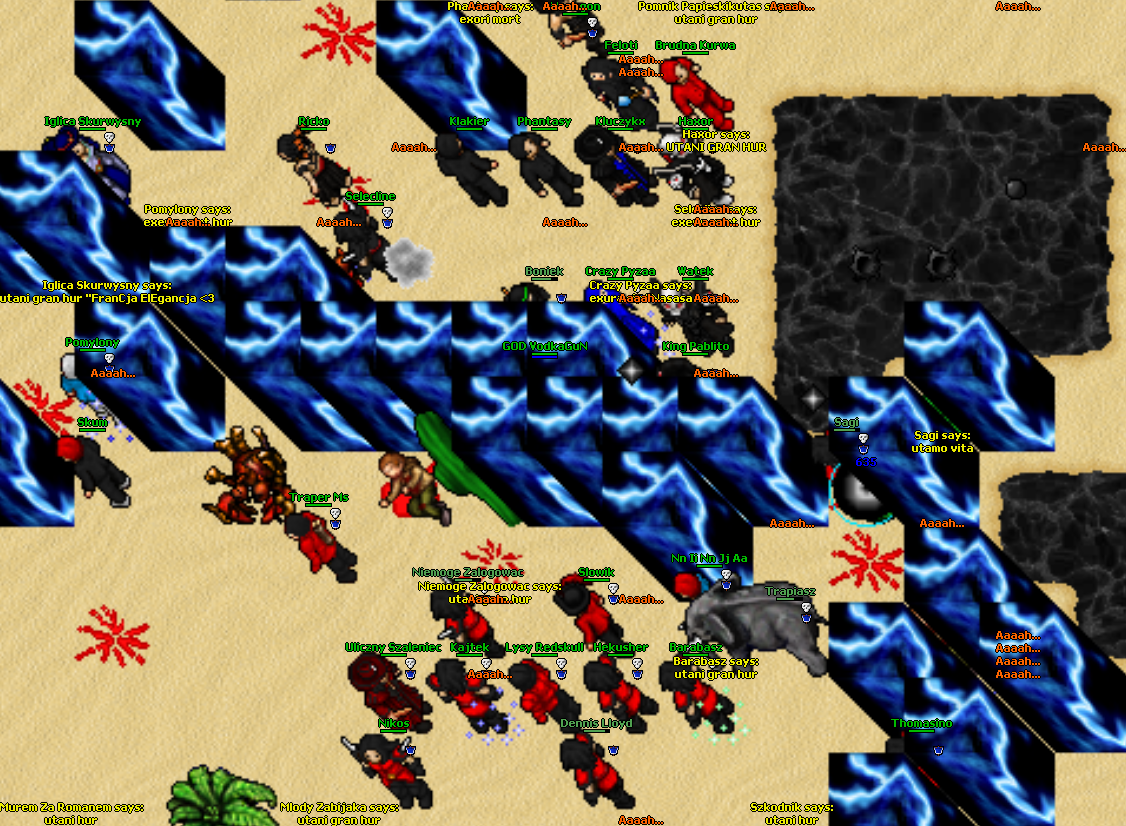 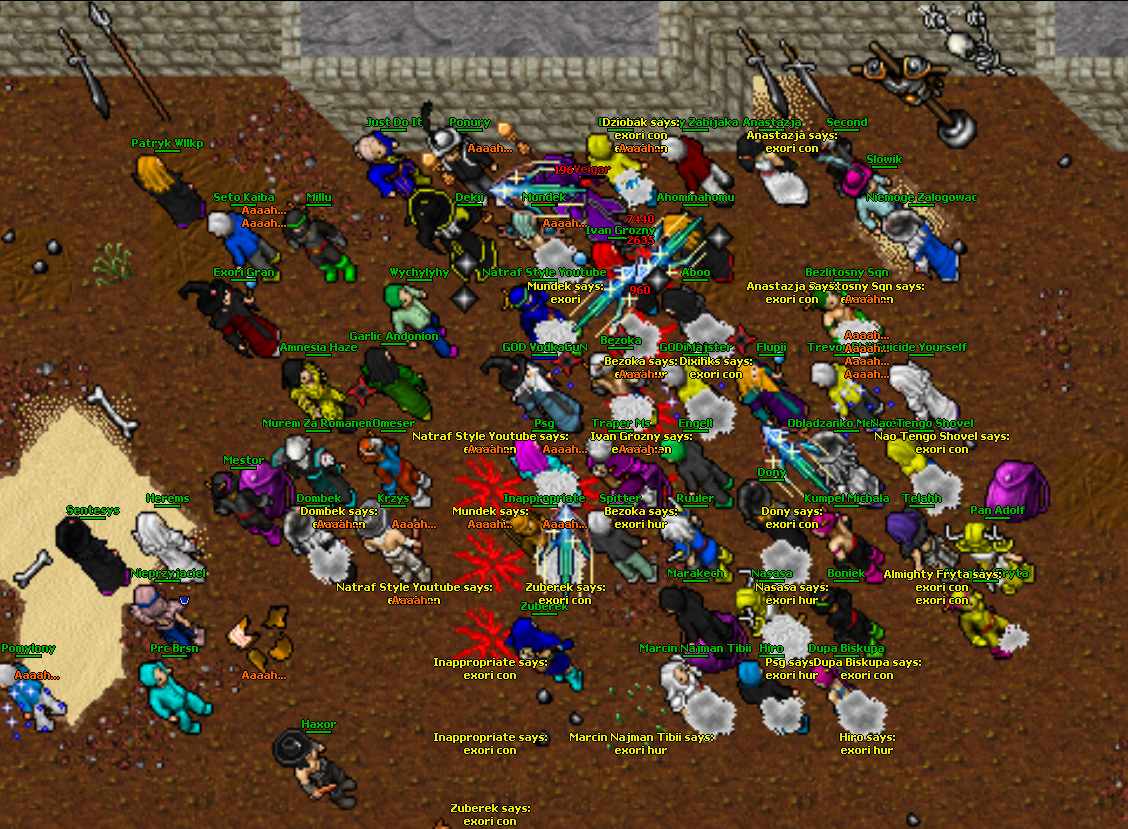 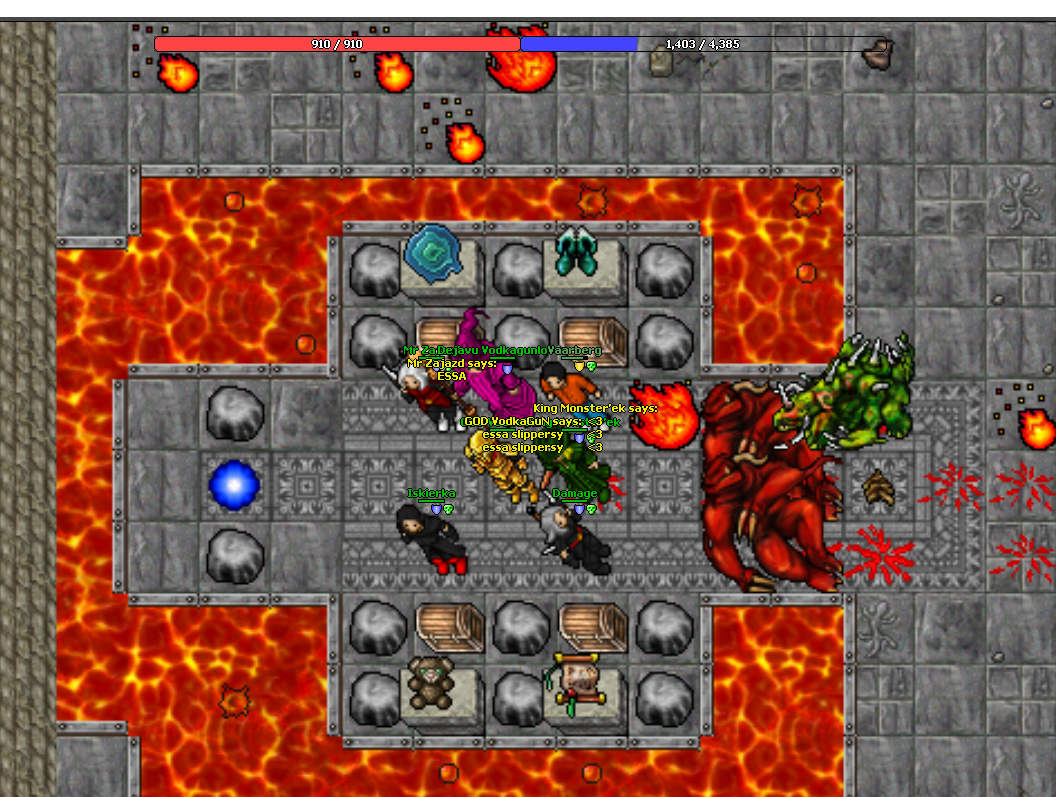 We have succesfully created the second, life time server: Oldera.Trapera.net.

More info soon on wiki, about the quest and exercise weapons.

All these changes will be applied on 01 august on Trapera and on 02 august on Oldera.

You may have an error while updating the client, download the new one on website if you got the error.

Do not forget that there is a 15 days PACC Lottery on our Discord. 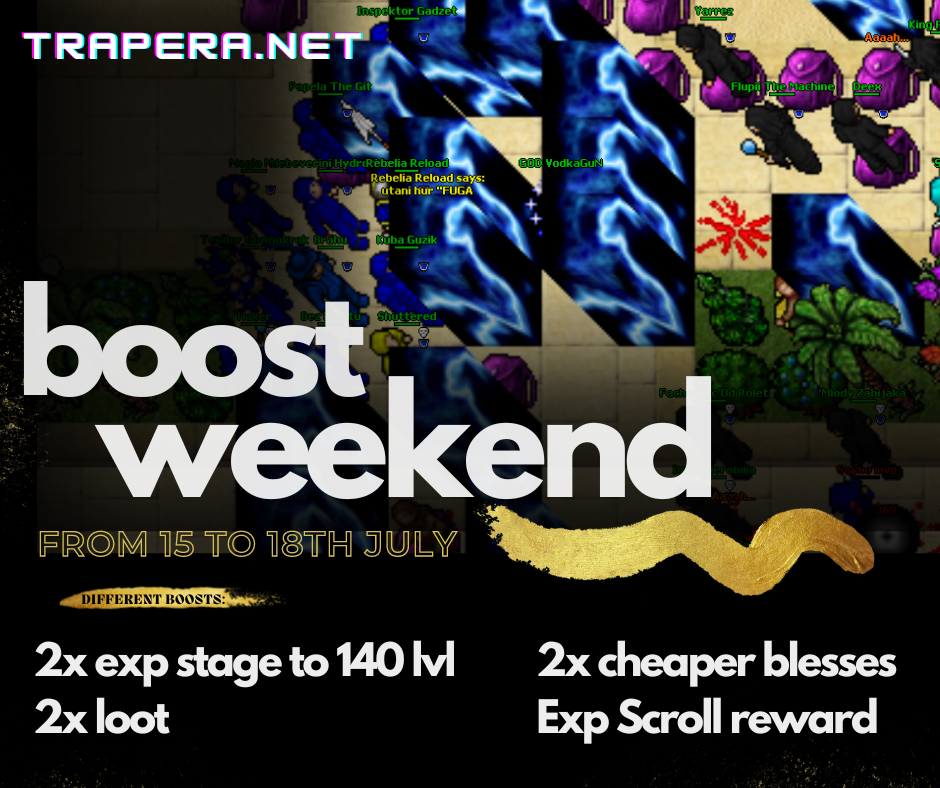 As You know, we are not allowing Cave botters and PVP botters on our server.
We understand that everyone can make misstakes and 7 days of ban, on a open tibia server, that's too long.

We decided to give a second chance to everyone by reducing ban for bots from 7 days to 3 days.

It means if you already had a ban for 3 days, your character is already unbanned.

To prevent people of play with us with bots, we decide that everyone that have already 1 ban, the second one will be a permanent ban.

Bangladesh, a banned player for bot abusing, used a bug to sell his banned character to someone else.
Many of you though that we unbanned it so we are there to explain you that the person who bought this character has been banned again to respect the 3 days ban like everyone.

We are sorry for this bug and we are fixing it. Please be carefull in buying your accounts/characters, check before if they are banned or not.

There were also a bug with our Client Updater.
We fixed it today. If you still have issues in game please close & open your client.
If the update fail please go to this page and make the point with AppData:
Trapera.net - Client Issues

Thanks for enjoying this Summer Edition and for your trust.

We've explained the new content on our Wikipedia.
New quests, called Agardia - Three brothers and the father are available in game.

You can read mode there: Trapera.net - Wikipedia - Three brothers and the father

There is also a little lore update in this quest, in preparation for the future updates about the Agardia story. 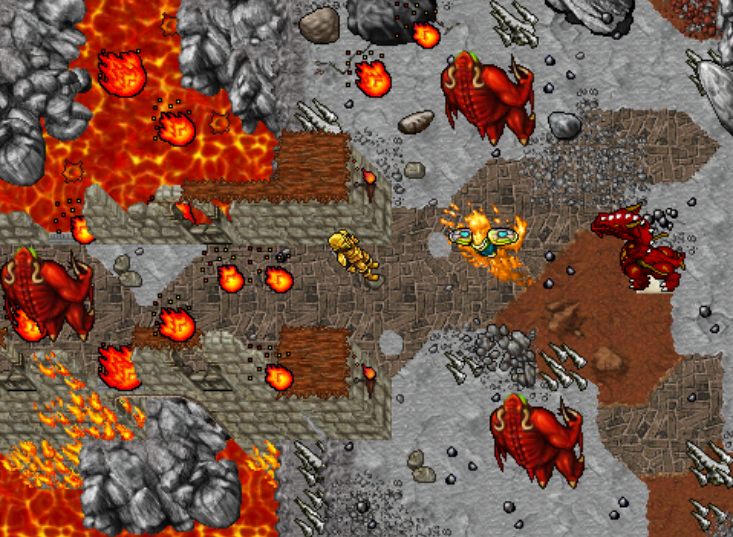